In 1999, the St. Theresa R.C. Church and Rectory was in major need of a heating system upgrade. The existing oil furnace had cracked heat exchangers and the oil tanks were at the end of their life cycle. That same year, the area was connected to the Manitoba Hydro grid power – previously they were on diesel generated power. Three options were looked at: 1) upgrade oil furnaces and tanks, 2) electric furnaces, 3) geothermal. Paradise Geothermal was contracted to look at the feasibility of the three options. The cost of all three options were determined and evaluated with geothermal being chosen.

All equipment and materials had to be flown in as the Island Lakes Indian Reserve is only accessible by air on winter roads. Our crew flew up in early August 1999 on a Monday, completed the installation of the heat pump, ground loop, complete ductwork change in the church and total electrical upgrade in the church and rectory, commissioned the equipment and flew back home on the following Monday with all the work completed.

Since the completion of the installation, the WaterFurnace heat pump has been operating excellently. A total of three trips to check and service the equipment have been made since the installation. At the last service call in October 2013 the units in the church were running at a C.O.P. (coefficient of performance) of 3.5 and the rectory was running at 3.5 C.O.P. (coefficient of performance). 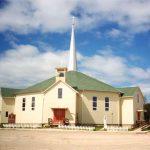 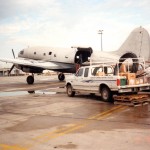 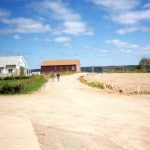 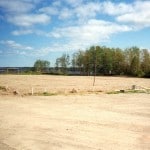